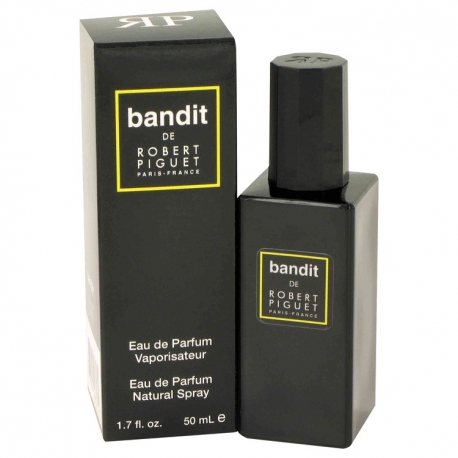 Bandit is the most daring in the whole line of perfumes like Caron Tabac Blond and Chanel Cuir de Russie, perfumes for an emancipated woman on the turn of the last century; for a woman who dares to smoke in the public. Bandit was made for the avantgarde Robert Piguet's collection, inspired by romantic sea voyages and pirates. Bandit is a classic "chypre" with dark animal notes and aggressive leather accord. In 1999, after 25 years, production of Bandit started again. Eau de toilette has the greatest sharpness. In the perfume version, leather and smoke notes are followed by clear notes of white flowers and vetiver. Bandit was launched in 1944. The nose behind this fragrance is Germaine Cellier.